Are you thinking of giving your dog Zantac for gastric problems or ulcers? 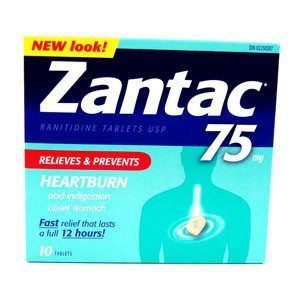 Overdoses and allergic reactions are pretty rare. And, until recently, Zantac generally was not considered dangerous — but that all changed after Ranitidine may contain carcinogens in the form of nitrosamine impurities.

If that doesn’t scare you…

There is reason to believe the active ingredient Zantac is largely ineffective (more on this later).

One thing is absolutely certain:

A vet must sign off before this drug can be responsibly given.

Zantac Is Not a Great Choice For Dogs

“There are much better medications to decrease gastric acid secretions or prevent GI ulcers. Famotidine, which is found in Pepcid, is one such alternative that I use all the time. I have never used Zantac on any canine patients of mine.”

As to why Ranitidine is not viable treatment option…

The results were clear: 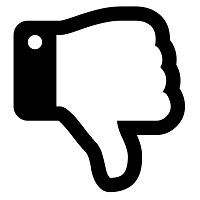 Only Zantac failed the test.

For those still considering Zantac, let’s talk about dosing (at least to avoid complications)…

How Much For A Dog?

First off, there is no pet version of Ranitidine; nor is it FDA-approved for veterinary use — though they sometimes prescribe it.

This is for reference only:

Always keep Zantac dosage below 1mg per pound of the dog’s body weight.

Play it safe. Very small dogs should get no more than half this amount (meaning 0.5mg).

Zantac should only be taken on an empty stomach and is typically provided in 8-12 hour intervals.

Ranitidine Warning: Animals with kidney or liver problems as well as those with heart abnormalities are at an increased risk of side effects. This also applies to pregnant dogs.

Get Your Pet Diagnosed

The fact is dogs tend to be fast eaters. Indigestion, upset stomach and acid reflux are not that out-of-the-ordinary.

In other words, Zantac may not be needed.

Sure, sometimes you may observe indications of stomach and/or intestinal ulcers. But only the following methods can definitively confirm such conditions:

Important: An evaluation will establish if suppressing your dog’s gastric acid secretion makes sense. And even then, Zantac is likely not an optimal medication.

Do this before spending lots of money at a clinic (or giving your dog Zantac):

You should not be surprised when the dog’s gastrointestinal symptoms noticeably improve over time! Seriously! An H2 receptor antagonist may be totally unnecessary.

Zantac is sometimes used on dogs. That much is true, but you should be aware that there is also data questioning its efficacy (particularly for canines).

Pepcid and Prilosec have been proven to be better histamine blockers for reducing stomach acid secretion.

Truth be told, Zantac should not be your first choice — even though it is not considered a risky med.

Hold off on giving Ranitidine and, instead, get your dog a proper diagnosis.

3 thoughts on “Read This Before Giving Your Dog Zantac!”

We are very happy to have Sara Redding Ochoa (DVM), from Whitehouse Veterinary Hospital, contribute to this article with a bit of her knowledge and expertise.

Please visit the About Us page for more information about Sara and this website.