Kaopectate is an anti-diarrheal medication that’s increasingly being used on dogs. 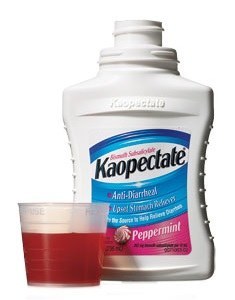 Though not designed for this purpose, the product can be carefully administered to canines under the right circumstances.

That said, Kaopectate may cause your dog to experience side effects (which we’ll go into). Dosing, alternatives and other tips are also covered here!

Also known as Kaolin with Pectin, it is utilized by vets.

Bismuth subsalicylate, Kaopectate’s active ingredient, is similar to Pepto. It is provided orally, either in liquid or capsule form.

Basically, it is true that Kaopectate can be used.

A huge concern we have is proper use of Kaopectate which, in turn, includes dosing.

First off, treatment should only be for 2 days maximum. After that, if the situation isn’t improving, stop giving Kaopectate to your dog.

As to dosing, a major factor is the type of Kaopectate being administered. For example, Multi Symptom Relief contains half (262mg) of the active ingredient compared to the Max version (525mg).

So it’s difficult to say how much Kaopectate your dog can be given. Your vet absolutely must be consulted.

But, as a general rule of thumb, never exceed 1ml per pound of body weight and do not provide it more than 4 times daily.

And, of course, have plenty of water at the ready!

Pedialyte is recommended if your dog is already dehydrated.

The original Kaopectate formula was ineffective so an overhaul was done.

It now compares very closely with Pepto which is commonly given to canines.

Many dog owners go with what they have on-hand (either Imodium, Pepto or Kaopectate) and they are all acceptable when properly used.

Warning: Kaopectate should never be given to cats!

Know The Side Effects

A common problem with Kaopectate is the possibility of constipation which is often a result of too high a dose. Different color stools, usually darker or even black, are also known to occur.

Your dog may want to drink more water afterwards.

Dizziness or a decrease in energy are also documented.

Head to your veterinarian if your dog vomits, bumps into walls, or has involuntary spasms. These are serious symptoms.

Some owners also report a fever after Kaopectate use.

There are dogs that even cry out because their stomachs don’t agree with this antacid.

Observation is essential whenever giving human drugs to your dog; this goes for Bismuth subsalicylate as well.

A Few Other Alternatives

A prebiotic named Diarrice is arguably a better long-term way to help.

But if you are looking for a quicker fix, here’s what Veterinarian Sara Redding Ochoa of Whitehouse Veterinary Hospital has to say:

“For a dog with diarrhea, instead of kaopectate, it’s better to first try a bland diet of chicken and rice. This should be cooked with no seasoning at all. Otherwise, Imodium and Pepto are anti-diarrheal medications with more of a track record with dogs.”

Have A Backup Plan

Negative reactions are a reality any time drugs are given to pets.

Vets routinely deal with doggie diarrhea. There’s peace of mind in a visit.

Certainly when going it alone, use a conservative amount of Kaopectate and wait 48 hours. Then, closely watch your dog for bad reactions.

Dogs can generally take Kaopectate, but correct dosage is critical and you must be familiar with Bismuth subsalicylate’s side effects.

At best, it is a short-term solution only.

4 thoughts on “Read This Before Giving Your Dog Kaopectate!” 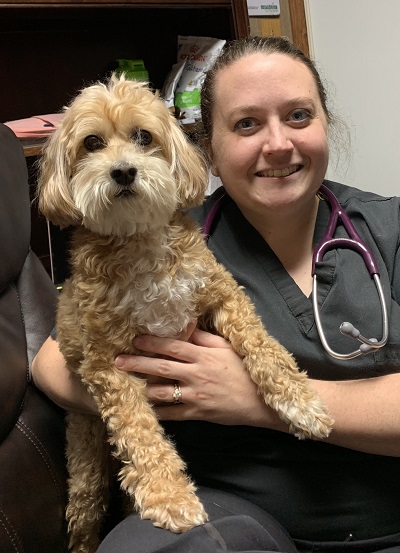 We are very happy to have Sara Redding Ochoa (DVM), from Whitehouse Veterinary Hospital, contribute to this article with a bit of her knowledge and expertise.

Please visit the About Us page for more information about Sara and this website.